Just finished work on my latest piece ’Samarkand’ inspired by the stunning mosaics and architecture in Samarkand, an ancient city on the Silk Road in Uzbekistan.

I first became aware of Samarkand whilst on holiday in Estonia. On the bookshelf in the house was was an old soviet era book on ancient building of the Mongul / Persian influenced areas of the former Soviet Union. Couldn’t read a word but the photos of the buildings amazed me, I never knew anything like it existed in this part of the world.

The basic concept for the piece has been in my sketchbook for a while but felt it needed something to give it a lift. The photos of Samarkand sparked an interest in the mosaic patterns of Persia, being very structured in layout they appealed to my graphics background where everything is meant to line up on a grid.

The sculpture consists of two interlocking pieces to form a self supporting cross shape. The first piece has been created form thick 10mm steel to give to substance and is being allowed to rust naturally forming a richly coloured patina.

When funds allow I plan to make a bronze version which develops a rich turquoise patina. The inner surfaces of the pattern would then be treated with gold leaf. I think this would be quite stunning and would truly reflect the vibrant colours of Persia. 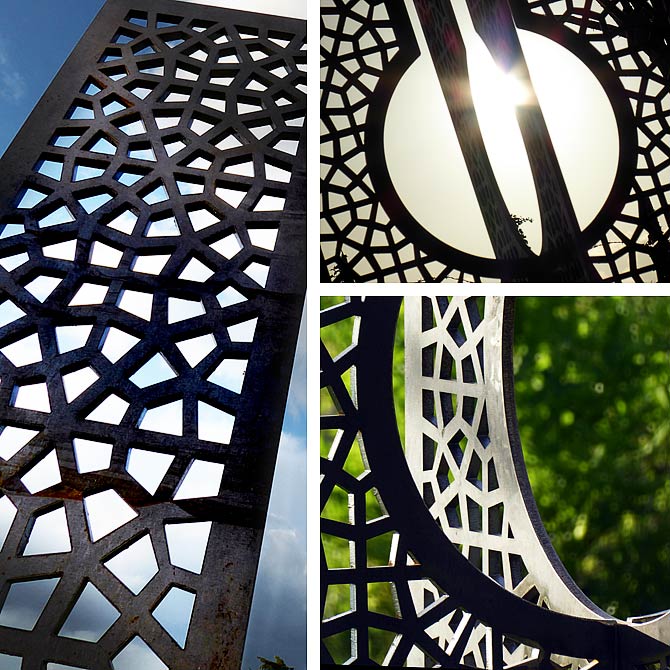 Only a dusting of snow down south, but still a glo

The Sandpiper wall panel is a new design with coas

Just got back from taking these photos of my newly

Had a phone call earlier in the week from the BBC

Lucky to be driving through some incredible scener

A great sunset, couldn’t resist getting the came